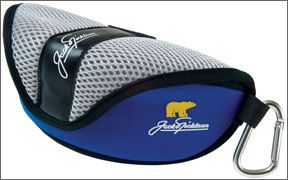 As a new boat owner, I have questions, but here’s a quickie: I have recently had my boat hauled and sanded to the gelcoat, and repainted with all the right stuff. (The bottom was coated with Interlux CA Bottomkote.) Now, how often should I have a diver clean the underside, bearing in mind I live in San Diego?

The service providers have a vested interest in selling frequent cleans—one company running a special at the moment wants me to sign a contract for a bottom clean every three weeks, but that sounds way too often to me. I realize it may well vary with geography and ambient temperature, but there should be some

For now, it looks like San Diego’s shift toward eco-friendly paints will be a boon for bottom cleaners. The municipality’s test protocol for antifouling paints (Practical Sailor, March 2009), unlike ours, includes cleaning at regular intervals. As a result, the products deemed acceptable for your region will require more frequent cleaning to ward off hard growth. Our test boats—painted with conventional copper-based paints and lying in the Chesapeake, New England, and Florida—get cleaned as needed. The intervals between cleanings range from two weeks to never, depending on conditions, paint, and how the boat is used. Remember that hard scrubbing some ablative paints will shorten their lifespan because it removes paint. A light wipe-down—or more frequent use—is preferred. From what we have found, three weeks between cleanings is not unusual for boats in your area, though that may be because that is what is offered, not what is required. An update on our bottom paint panel test will appear in the October issue.

I have used Zaino Bros. wax (www.zainostore.com) for six years on my family’s cars with incredibly good results. The shine is outstanding—the best I have ever seen. The coating survives most commercial car washes and lasts for nine to 12 months in New England weather.

The manufacturer suggests several coats, and to get the shine desired, Zaino advises applying a coat of their detailer between coats. There’s minimal labor—apply, wait 30 minutes, wipe off white coating, done—no rubbing, no polishing.

Last year, I considered using the Zaino Bros. wax on my 1987 Ericson 34, but not knowing of any test where it was used on fiberglass, I opted for Poli Glow acrylic, which has worked very well so far this season, but your test raises my interest in using Zaino again.

Zaino Bros.’ Z-3 Show Car Polish was among the dozens of liquid waxes we applied to fiberglass test panels and reported on in “Liquid Wax Test Launch” in the July 2009 issue. The oily-wax formula offered excellent water-beading and gloss, earning it an initial Recommended rating for use on fiberglass. Stay tuned for updates on the long-term protection of the liquid and paste waxes (Practical Sailor, February 2009) we’re testing.

I sail a 2004 Catalina 350 out of Long Beach, Calif. and have some comments regarding your boat wax and polish studies in the July issue. I applied traditional wax every six to eight months after buying this boat new. I tried your recommended Collinite Fleet Wax the first time and found it no fun to apply. I went back to 3M cleaner-wax, which I had applied every six months for about 10 years on my previous boat.

Due to the need to re-do the wax every six months and the labor involved, even with the cleaner wax, I was interested in something easier, hence my interest in the Island Girl two-part system, which includes the Elixir followed by Mirror Hard Superglaze. I applied this two-part system about a year ago, and the hull still looks good with water beading, except where the fenders have rubbed on the hull during docking. The cabintop needs to be re-done as it is not beading water that well and the gloss is gone. This stuff is still easier than wax to apply, and seems to last longer. However, I would be interested in knowing how it stacks up against other non-wax products such as Poli Glow etc. The Island Girl does not seem to leave a residue that yellows or requires removal like some of the other non-wax products.

For removing oxidation from rubber and vinyl, I prefer the Island Girl Sea Glow, which works well on rubrails, lifelines, etc. (badly oxidized lifelines clean up quickly with this stuff). I have followed the Sea Glow with the Silkenseal protectant, which seems to work a little better than other rubber protectants I have tried such as 303.

I am very pleased that Practical Sailor is looking into these products, as I believe material technologies should be able to provide superior alternatives to the old-fashioned methods requiring lots of elbow grease.

Thanks for sharing your experience. A one-year update on acrylic finishes like Poli Glow and Vertglass is in the works. These products, like most we tested, claim only one-year protection. Most acrylics are holding up surprisingly well on our blue-hulled test boat, better than the waxes applied at the same time. Poli Glow has a new product for removing the old Poli Glow that we are also testing.

When the micro pressure switch on my Shurflo water pump (Shurflo Extreme 5901 0211, manufactured in 2005) failed, I contacted Shurflo to order a replacement part. I was advised by their warranty center that they redesigned the switch in 2006 and that my only alternative was a new pump.

In my third follow-up call to Shurflo (www.shurflo.com), I learned that Honeywell (www.honeywell.com) made the switch, but had discontinued it. Honeywell technical services advised me that the switch had been replaced, that the replacement switch would function just as the original, and they directed me to where I could find the replacement. For readers who may need a replacement micro pressure switch for their Shurflo Extreme 5901 0211 manufactured prior to 2006, the following information is provided: Honeywell switch (Part No. 24PCFFMGG) can be ordered from Newark Electronics, 800/367-3573. (Newark’s stock part number is 46WX452.) The cost is approximately $45.

I’ve installed the replacement switch, and it works just like the original at a savings of about $200 for a new pump. The assistance by Honeywell technical reps and Neward Electronics was outstanding.

Regarding your July 2009 article on sunglasses, I’m surprised your usual thorough analysis did not include clip-ons for prescription glasses. The gray lenses in the glasses are not enough!

For coastal sailing near San Diego, I found Polaroid clip-ons to be just right for sunny days. The only problem has been reading some digital instruments from the cockpit or even my digital watch, which require angle viewing. But I have no problem with my Garmin GPS chartplotter and digital readout.

Although we didn’t test any clip-ons, we did experiment with some fitover designs. If clip-ons, fitovers, or prescription glasses are consistent with our general criteria

for conventional sunglasses, as described in the July article, they should serve nicely. The problem with most clip-ons is that they do not offer UV protection from the side, so you are relying on your existing frames for that.

Thanks for the great information on sunglasses in the July 2009 issue. For those in the market for prescription sunglasses, it would be helpful to know which of your picks can be had in prescription form. My research already tells me that Maui Jim and Costa Del Mar, do. Do Harken, Kaenon, and Oakley?

Except Harken, all of the glasses manufacturers with products recommended in the July review offer the prescription sunglasses.

A Note From Ocean Eyes

Regarding your July 2009 report on polarized sunglasses for eyeball navigation. The inshore guides and sailors who field tested Ocean Eyes (www.oceaneyes.biz) products tried several combinations of front mirrors and polarized filters and found that certain combinations would allow them to see deeper in the water better than any other lens. A favorite for this purpose was our Backwater Green, which has an amber base. This was developed especially for sight fishing and sailing where they could see the sandbars and the “heads” better than ever before.

The same testing was carried out for lenses for deep water. The testers would want to see things at a sharper angle since they would be traveling at a faster rate and would be looking at a greater distance. When the exact combination was chosen by the field testers out of around 20 different pairs, we knew we had our Offshore Blue lens, which has a grey base and a blue-mirror combinations.

Unfortunately, we did not have the chance to test the Backwater Green lenses, which, based on this description, would be a good choice for eyeball navigation. The testers’ favorite lenses from Ocean Eyes were an amber lens with a green flash mirror coating that compares to the description of the Backwater Green. The only drawback was the frame, the Jack Nicklaus Eagle, which lacked side protection. The Offshore Blue lenses that we tested blocked too much light to rate highly in our shoal-spotting exercises, though they would serve well offshore.

Regarding your comments on digital charts in the June 2009 Mailport section: Your readers should be made aware that all electronic charts are based on paper charts, and they are based to a greater or lesser extent on quite old survey work. It does not matter much which electronic chart manufacturer you rely on, as they all use the same base data with the corrections published in the local notices.

We have had the opportunity to compare charts from different manufacturers (including the U.S. NOAA ENCs), both in the U.S. and abroad. Reading the footnotes on the paper chart will give you an indication of when the surveys were actually done. Here in Ireland, the baseline surveys often date back to the 1840s.

As these are often lead-line surveys done well before electronic navigation (GPS or Loran) was even conceived, the positions given are relative to the next land feature and will often not be close to the precision achieved with GPS. There are places where the position can thus be well over a mile off. We find that using dead reckoning and conventional navigation methods help overcome this adequately.

A small, light sailboat demands small, light equipment, so last spring, I purchased a Honda EU1000i generator for power on my C&C 27.

The generator received its first real test when Hurricane Ike hit the Gulf Coast in September 2008. For two weeks, the Honda ran from 6 a.m. to 8 p.m. with only an hour’s break around noon. During that time, it powered a freezer, a large TV, various lights, and all manner of computer equipment, as well as charged a Group 27 battery that supplied lights during the hours that the generator was off. The Honda’s quiet, dependable performance so impressed my neighbor that he bought an EU2000i. I would happily recommend the Honda to anyone who is in need of a small, quiet generator with a big heart.