Last November, we began field trials of Mussel Buster, a baked-on powder coating that relies on its slick, hard coating to prevent barnacles from adhering. After six months, the prop was surprisingly clean. A few small barnacles had appeared, but they wiped away easily with the sweep of a hand. The coating must be applied at a professional facility, which will require removing and shipping your prop to the patent-holders, Matrix Engineering in West Palm Beach, Fla. The cost is about $175 (including shipping) for a three-bladed, 20-inch prop. There are much cheaper options, such as a quart or spray can of conventional antifouling ($30-$50 plus primer) or Pettit Barnacle Barrier, but we’ve yet to find an inexpensive product that lasts more than a season. Matrix claims its coating is effective for two to three years—we’ll see. For a more detailed report on previous prop-paint tests, see the March 2011 issue. 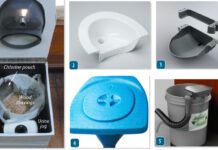