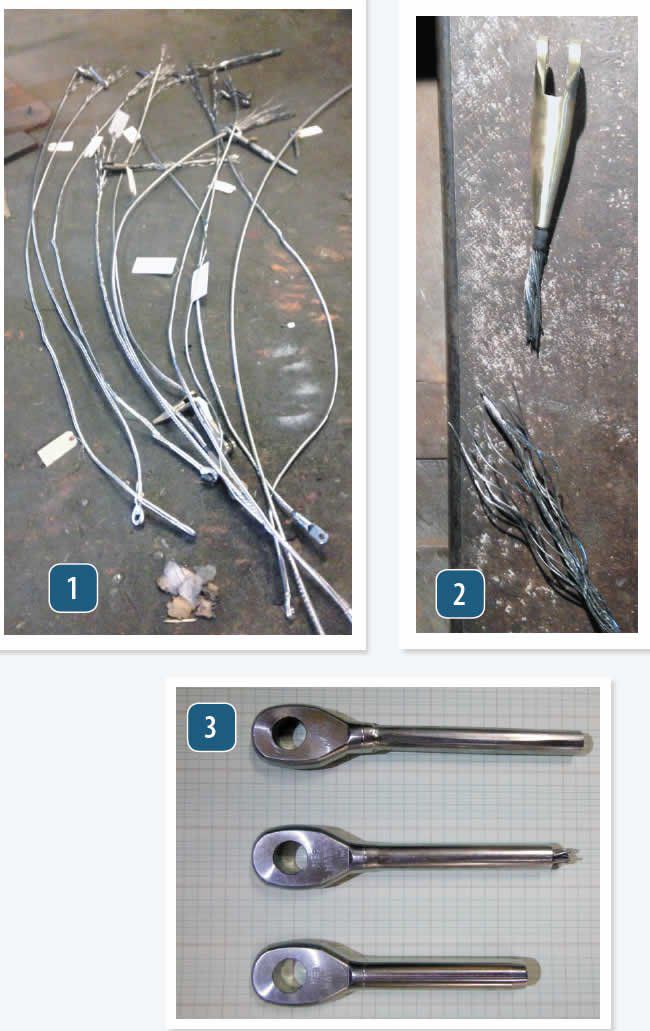 During the first round of mechanical terminal testing, testers were surprised to see that wire failures were occurring at loads that were at least 10-percent lower than expected. The swaged-end fittings had been applied by a rotary swage machine, which is considered to be a very reliable way to form swaged terminals.

Only after our lead tester, professional rigger Brion Toss, took calipers to the failed swaged ends did he realize what was causing the failures. The shop hired to do the swaging was using a rotary swage machine that was out of spec. Whenever ordering swaged rigging, be sure to double-check that the swage machine to be used is within spec (regardless of machine type), and confirm that the finished swages are within the specified diameter. Ronstan offers a table on swage standards on its website.

Most rigging has a high safety factor that will tolerate a 10 percent loss in strength, but combined with other factors, substandard swages can lead to rig failure.

1. We broke all samples at Oberts Marine Supply industrial yard in south Seattle.

2. The wire attached to the strongest terminal in our test broke at 22,000 pounds. It was a clean break, with the failure occurring several wraps from the nearest terminal.

3. Several of the out-of-spec swages failed inside or just outside the terminal, indicating that the terminal had weakened the wire. The only wires that pulled completely out of the terminals were the ones with sealant put on the ends before swaging.