From the roster of recent new releases, Practical Sailor editors have compiled a list of books fit for summer reading, whether youre relaxing in the cockpit, hanging in a hammock, or parked on the beach. The list includes several how-to books, a cookbook, and travel narratives, along with new titles in historical fiction, high-seas thrillers, and adventure.

For those sailors looking to buy a boat, James Elfers Bluewater Sailing on a Budget: How to Find and Buy a Cruising Sailboat Under $50,000 (International Marine McGraw Hill, 2014, $14, $10 Kindle) offers sound advice on researching and locating some of the best previously loved sailboats available today. The book is centered around The List, which details 20 production cruising sailboats available for under $50,000.

Be Your Own Boat Surveyor: A Hands-on Guide for All Owners and Buyers by Dag Pike (Adlard Coles, 2014, $18, $17 Kindle) is just the book for sailors ready to take on the role of detective during their search for the next new boat. Pike gives a step-by-step outline of what to look for in a boats hull, deck, superstructure, engine, plumbing, mast, rigging, and electrical system, and he offers tips on thoroughly investigating a boats interior, safety equipment, and tender. Pikes guidance-along with time, patience, and the agility to wiggle in and out of tight spots-will help you gather and interpret information critical to the success of boat buying.

Hungry anyone? A universal truth seems to be that sailing makes you hungry for a monster meal, and Fiona Sims The Boat Cookbook: Real Food for Hungry Sailors (Adlard Coles, 2014, $15, $14 Kindle) comes with 85 easy-to-make, tasty recipes ready to satisfy any hungry crew. The author splits her time between London and the Isle of Wight, and sails often on the south coast of England with her dad. Readers will notice the distinctly British base of the recipes and will appreciate Sims introductions into galley organization, pressure cookers (see PS, December 2010 online), and ingredients. Delicious in any language, and across cultures, Sims recipes are just what the captain ordered.

Take a break from galley work and the helm this summer with the Nautical Puzzle Book (Adlard Coles, Bloomsbury Publishing, 2014, $8, $7.50 Kindle). This petite book of brain teasers includes logic puzzles, word twisters, and classic crosswords, along with cryptic picture rebuses, code deciphering, and word scramblers. All puzzles and twisters have nautical terms and nautical term definitions as their key.

Escape to the blustery islands of Scotland, Ireland, and England with the dry-humored travel narrative Canvas Flying, Seagulls Crying: From Scottish Lochs to Celtic Shores (Adlard Coles, 2014, $12, $11.60 Kindle). Author Justin Tyers stories of the islands, the weather, and the people (oh, the people on remote Scottish isles!) reads like a humor-based cruising guide to the Hebrides, Ireland, and Brittany, with Tyers accounting of the daily life onboard and his experiences in the out-of-the-way anchorages that he and his wife visited. Despite the infamous Scottish-Irish-English weather and the expected trials of life on a cruising boat, the book never loses touch with what a privilege it is to live the dream.

Author Dewy Lambdin brings us the 21st adventure of Capt. Alan Lewrie and his full-rigged ship, Sapphire, in Kings and Emperors: An Alan Lewrie Naval Adventure (Thomas Dunn Books, St. Martins Press, 2015, $18, $13 Kindle). A tale of historical fiction, Kings finds Lewrie cooling his heels in Gibraltar, guarding harbor defense boats, while he yearns for action on the Spanish coast. Napoleon Bonapartes invasion of Portugal changes the fortunes of the Royal Navy captain, and his trusty ship and crew jump head first into history once more. First-timers who enjoy Lewries encounters with Napoleons Marshalls and Lambdins descriptions of the European peninsular wars can spend the summer catching up on the captains first 20 adventures.

Pirate: Privateer (Macmillan, 2014, $12, $10 Kindle) is prolific writer and adventurer Tim Severins latest book of exploits swirling around reformed pirate Hector Lynch. The opening action finds Lynch plundering a Spanish wreck and swearing off piracy, only to be captured by notorious pirate Capt. de Graff. Severins fictional romp around the 17th-century Caribbean, the fourth in the Pirate series, is an easy read and a perfect fit for a summer afternoon. If youve missed Severins first three titles in the series, or his Viking or Saxon trilogies, youll have nine more books to add to your summer reading list. Severins 10 books of Expedition-including the re-tracing of the journeys of Saint Brendan the Navigator, Sinbad the Sailor, and Jason and the Argonauts-should be at the top of any adventure lovers list.

The Blue: A Novel (Touchstone, 2015, $18 hardcover, $10 Kindle), Lucy Clarkes new spine-chilling thriller is due out the first week of August. The tale finds young protagonist Lana onboard The Blue, a 50-foot yacht making its way from the Philippines to New Zealand. Adventurous days and rum-soaked nights under starry skies with a carefree crew of wanderers is exactly the life Lana thinks she wants, until a friend mysteriously disappears overboard after arguing with the crew, and paradise quickly becomes the setting for a game of survival.

Like the tradewinds that keep him sailing, Capn Fatty Goodlander keeps blowing smoke, and we keep reading. Capn Fattys latest title, NPR & Me: My Agonizingly Slow Rise and Swift Fall at NPR; A Sailor Stumbles Ashore Book 1 ($5 Kindle), is another volume-turned-to-high misadventure for our man in the Caribbean; this time, the dateline is the Virgin Islands, circa 1980. Like many of the Capn Fatty stories that came before it (and the many we predict will come after), NPR is a barrel of laughs just right for sunset in a Caribbean anchorage-or for anywhere its summertime.

Owen Chase was a 23-year-old first mate on the whale ship Essex when the vessel was struck by an enraged sperm whale and sank in the Pacific in 1820, leaving 20 men to scramble into two open boats with little more than bread and water. What followed was a horrifying 90 days that plunged the crew into extreme suffering, starvation, cannibalism, and for most of them, death. Chase was one of only eight men who survived. He wrote his harrowing, first-hand account of the events in 1821.

Chases story-the inspiration for Herman Melvilles classic Moby Dick, and the basis for Nathaniel Philbricks non-fiction book, In the Heart of the Sea (2000), which is to be released as a Ron Howard film this fall-is now available in a complete illustrated edition: Wreck of the Whale Ship Essex (Zenith Press, 2015, $26, $23 Kindle). The new coffee-table book includes an introduction by Pulitzer Prize-winner Gilbert King, 200 illustrations, fine-art prints, and photographs. It would make a great addition to any maritime history buffs library-or a good Fathers Day gift. 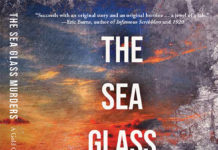 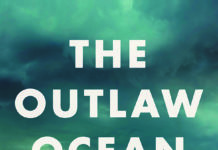 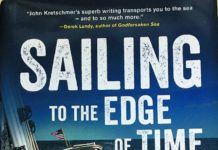