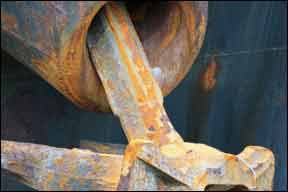 Anchor testing at Practical Sailor has always been a controversial enterprise, sure to fire up someone. As one reader commented in response our most recent anchor report (PS, March 2013): Anchors are a whole lot like religion. No matter what the tests show, each of us has a favorite that well defend to the death!

This month, our report on anchor-shank strength approaches the topic from a different angle. Rather than singling out specific anchors for holding power or design, we take a closer look at the way anchors are evaluated and promoted. We peek into the world of the classification societies, agencies like Lloyds Register (LR), the Royal Institute of Naval Architects (RINA), and the American Bureau of Shipping (ABS) that give anchors their stamp of approval, including the coveted super-high holding power (SHHP) designation.

In many respects, this report is a logical follow-up to our two most recent anchor studies. Last year, we looked at what sort of loads could be expected to be generated solely by wind in a protected anchorage (PS, May 2012). And just last month (PS, March 2013), we looked at how anchors reacted to sudden wind shifts. Both of these tests are linked to the revelation in 2011 that an undisclosed number of Chinese-made Rocna anchors were constructed using a shank steel of reduced specifications (PS, September 2011).

The number of Rocnas worldwide that were made using the lesser-grade steel is a matter of dispute. (One former employee puts the number as high as 4,000.) Rocna has told PS that about 300 of these anchors, sized between 9 and 330 pounds, came to the U.S.

In February this year, I got the chance to meet with representatives of Canada Metals and was pleased by what I saw and heard. The company, long known for its zinc anodes, had taken clear steps to ensure that the anchor materials matched the marketing claims. And based on independent testing, engineers were confident in the anchors ability to match the anticipated loads.

This doesn’t mean were letting Rocna-or any anchor maker-off the hook (so to speak). The boom in low-quality cast anchors, cheap knockoffs, and the persistent allegations of mislabeled steel slipping into the manufacturing stream keep us wary.

Ultimately, I hope that this report will prompt a new set of standards for recreational anchors-standards that accurately portray real-world performance. Until then, you can help PS keep up the pressure by sending stories and pictures of your bent and broken anchors to practicalsailor@belvoirpubs.com. 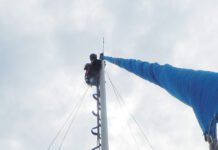 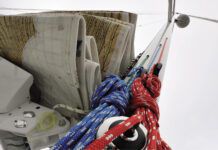