With bug season upon us, a new product we unearthed during our medical kit test seemed worthy of a closer look. Natrapel 8 Hour, from Tender Corp. (parent company of Adventure Medical Kits), promises DEET-free protection from mosquitoes, ticks, no-see-ums, biting flies, and other nasties. While DEET, an EPA-registered pesticide, is the most common active ingredient in bug sprays, Natrapel uses Picaridin, a chemical that has been used in Europe for 20 years and made its way into the U.S. this decade. The Centers for Disease Control recommends both DEET and Natrapel as effective insect repellents. Both also are registered with the U.S. Environmental Protection Agency, which includes oil of lemon eucalyptus and oil of citronella on its list of active ingredients for repelling insects.

Past reports and studies have shown that DEET can melt fishing line and can damage synthetic clothing. These, along with growing concern over the health side effects of using DEET-none of which have been proven in clinical tests-leave many looking for an alternative to DEET-based repellents.

While Natrapel is not the first Picaridin product to hit the market, it claims to have the highest percentage of the repellent available in the U.S.: 20 percent. Natrapel claims eight hours of protection, comparable to DEET products.

Practical Sailor testers put the Natrapel to use on a few excursions in the woods and waterways of Central Florida, pitting it against Repel 100, which claims 98.11-percent DEET content. Both kept the bugs away. The Natrapel was less greasy and less sticky than the Repel, but it smelled like flowers. The Repel smelled like-well, bug spray.

If youre looking for a DEET alternative, the Natrapel works-but be sure to sniff before you buy.

Natrapel costs about $6 for 4-ounces and is available on the companys website and from most L.L. Bean and Cabelas stores.

We invite reader suggestions for bug battling as we launch a summer-long project in the Florida swamps. Send your suggestions to practicalsailor@belvoirpubs.com. 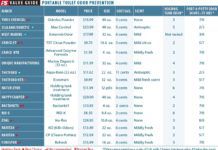 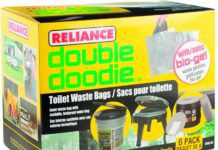 Clearing the Air Around Odor Testing