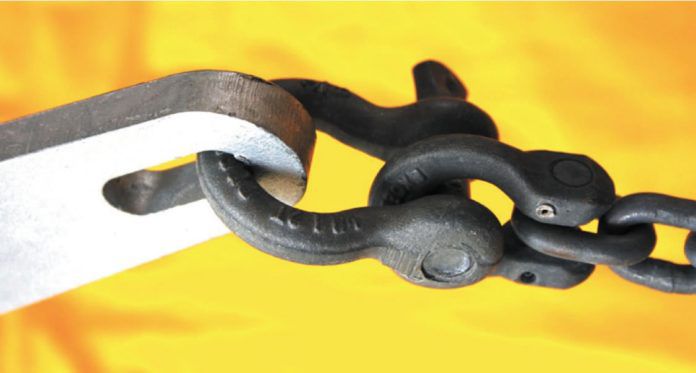 The photo on the bottom of page 9 in PSs October 2016 issue showed the sharp edges of the anchor and a shackle inserted in it. The text spoke about the sharp edges of the anchor and its propensity to wear on the shackle. My question: Why wouldnt you put the pin through the anchor and let the high sides of the shackle protect the shackle from wear? You still have the rounded part of the shackle for the chain to swivel on as the boat moves side to side. What am I missing here? I have 30 feet of chain on our Compac 23/II with a galvanized shackle (that look just like the chain and shackle in the photo at the top of the same page). Ive had it for 32 years so far.

Choosing a properly sized, high-quality shackle is important, but its also essential to be familiar with proper use. The typical anchor shackle is a galvanized bow shackle, with the bow (not the pin) passing through the oversized slot in the anchor shank. In some cases, a D shackle is used, but only when there is no slot in the shank. Examples of slot-less anchors include the CQR, Guardian, and the Manson Ray.

Perhaps the best example of why you don’t want the shackle pin going through a slotted anchor is illustrated in our first anchor shackle report, Anchor Shackles: The $15 Insurance Policy (PS August 2015 online). All of the shackle failures in that test occurred as loads concentrated at the pin threads as the shackle was pried open. By inserting the bow into the slot, you give the link more freedom of movement and greatly reduce the chance of failure if the anchor does not rotate to face the load in a wind shift. 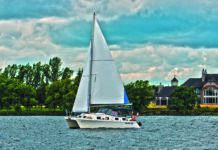