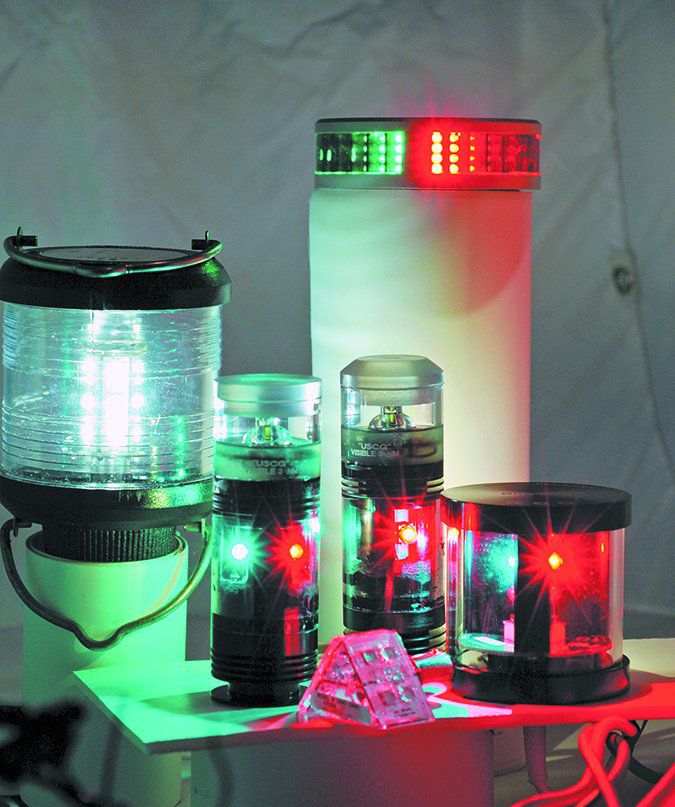 Back in 2010, Practical Sailor and others raised the alert that a conversion to LED navigation lights can have some unintended consequences, including distorted color shifts (see PS January 2016 USCG Issues Alert on Uncertified Nav Lights, and PS October 2017, Converting an Anchor Light to a Tricolor Light). And we’ve long been concerned about LED lights, both interior and exterior, interfering with VHF and AIS radio transmissions (see PS February 2010, Practical Sailor Tracks Down the Best LED Tri-color Light, and PS June 2014, LED Interior Lights Part 2).

The problem with radio interference has recently drawn the attention of the U.S. Coast Guard, which released the following Marine Safety Alert on August 15, 2018.

Radio frequency interference caused by these LED lamps were found to create potential safety hazards. For example, the maritime rescue coordination center in one port was unable to contact a ship involved in a traffic separation scheme incident by VHF radio. That ship also experienced very poor AIS reception. Other ships in different ports have experienced degradation of the VHF receivers, including AIS, caused by their LED navigation lights. LED lighting installed near VHF antennas has also shown to compound the reception.

Strong radio interference from LED sources may not be immediately evident to maritime radio users. Nonetheless, it may be possible to test for the presence of LED interference by using the following procedures:

4. Re-adjust the VHF radios squelch control until the audio noise is quiet, only slightly above the noise threshold.

– If the radio now outputs audio noise, then the LED lights have raised the noise floor. (Noise floor is generally the amount of interfering signals / static received beyond the specific signal or channel being monitored.)

– If the radio does not output audio noise, then the LED lights have not raised the noise floor.

If the noise floor is found to have been raised, then it is likely that both shipboard VHF marine radio and AIS reception are being degraded by LED lighting.

The Coast Guard requests those experiencing this problem to report their experiences to Coast Guard Navigation Center. Select Contact Us from the left menu bar, then select Maritime Telecommunications on the subject drop-down list, then briefly describe the make and model of LED lighting and radios effected, distance from lighting to antennas and radios effected, and any other information that may help understand the scope of the problem.

This and other safety alerts can be found at the Coast Guards website for recreational boaters. Select Marine Safety Alerts from the drop-down menu under Recalls and Safety Alerts.