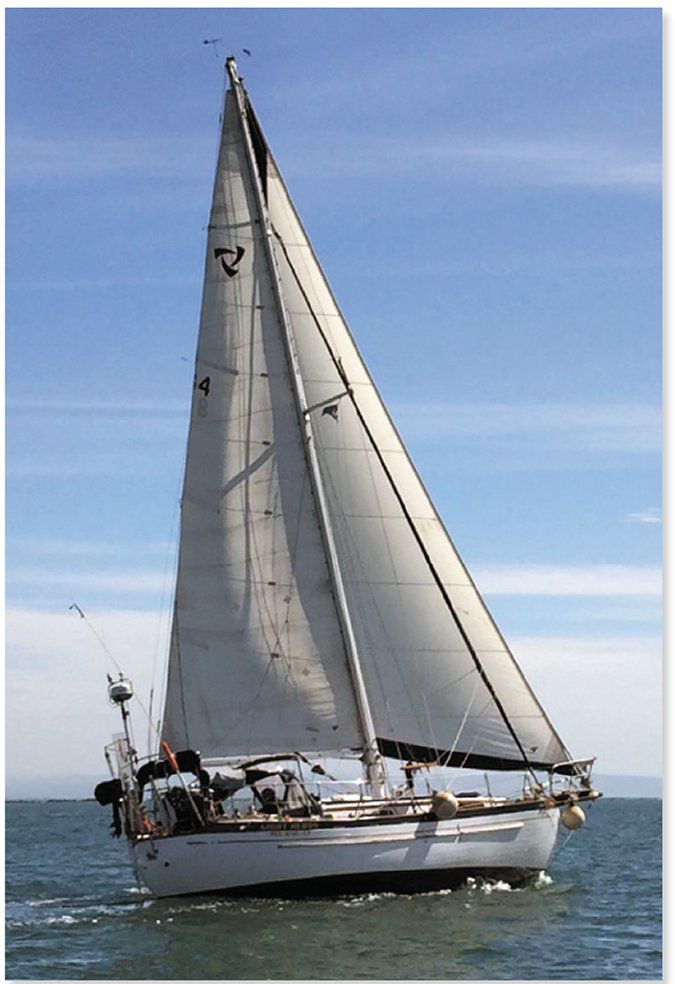 Thanks for the update on the SmartPlug in your March 2016 edition. After finding that the AC inlet and power-cord set on my 1993 Beneteau had overheated and melted a few months ago, I opted to buy a SmartPlug as an improvement over the three-prong, twist-lock standard, which has not changed since 1938. Im not sure whether it was corrosion or a loose connection, but there was clearly resistance in the old setup that resulted in enough heat to melt the plastic around a terminal and the cord.

Your update wasnt clear on it, but the SmartPlug is actually two components and the thermal breaker is in the inlet, not the plug connector. Also important is that SmartPlug now offers a high-quality, molded, dual-configuration cord. It still has the twist-lock connector on the marina side for compatibility, but the SmartPlug boat end is molded on by the manufacturer, not designed to be added by the owner to an existing cord. Not only does this likely solve the sleeve failure issue, but it likely will take more abuse if it gets stepped on.

It seems very rugged and well made. Widespread acceptance of the SmartPlug will likely be a long, uphill slog from a compatibility standpoint-especially at the marina end-but I really believe they are on to something.

As you noted, SmartPlug (www.smartplug.com) has upgraded its products since we first started testing them in 2010 (see PS June 2010 online). This year, SmartPlug introduced a new 30-amp inlet without a thermostat (BM30NT) and a new 30-amp, retrofit connector (BF30). Both were redesigned to improve safety, performance, and ease of installation, according to the company. They added an enhanced wire restraint system that uses setscrews to the inlet and the retrofit connector; the new design increases contact pressure on the wire and surface area on the electrical-pin connection. Also, the retrofit connectors three-jaw, plastic cord restraint was replaced with a mechanical-arm clamp that allows maximum pressure on the cable.

In regard to your May 2016 Mailport response to a letter called MOB Lights: While I would have agreed with your response five years ago, this is no longer the case. The new ACR Lights, both strobe and LED, that fasten securely to your oral inflation tube can be either manually or automatically activated. These lights are compact, bright, and reliable. I do, however, have a caution for those selecting the automatic activation feature. Should you get your PFD very wet, you may set off the light inside and run the batteries flat so that it will not work when you need it. The solution is simple (in theory): Regularly test the light in your PFD for a live battery.

In regard to your report on synthetic teak products: You missed one product in your test: SeaCork. Its another cork product like Marine Deck 2000, but with larger grains of cork, and therefore less binder, so it exhibits more of the good cork characteristics: excellent nonskid properties; it is quiet and soft underfoot; and it doesn’t absorb solar heat. In terms of reduced carbon footprint, there is no other deck material that comes close. The cork industry is sustainably managed, and SeaCork is a byproduct of the cork-stopper industry, which results in almost no waste. A true win-win.

In regard to the rigging article in the April 2016 issue: What am I looking at in picture No. 5 on page 13? It would appear that the Staylock has been over-tightened to the point that it has split from the bottom up.

Garry and Leslie Schneider
Via email

We investigated the photos further and found that the splits youre seeing in the photos of mechanical terminals on pages 7 and 13 of the April issue are actually reflections. But your query offers a good chance for us to remind readers why its important to not over-tighten a terminal. Too much terminal torque can lead to trouble.

In regard to the January 2016 write-in response Boat Jello about fuel contamination, which relates to the August 2012 article on cleaning fuel tanks: I have had an experience with clear jello in my engine-mounted fuel filter, which is downstream from a Racor. My experience happened while operating with new fuel in a two-year-old fuel tank. This was a shock to me since I always treat (and trust) my fuel with biocide etc. My mistake was not changing the filter for five years. I figured that would be OK since I only run my engine 50 hours/year. Apparently, tiny microbes will get past a Racor and be trapped in the primary filter. Dont totally trust fuel treatments. Change filters often. Clean your tanks and/or polish your fuel if you sense or experience performance issues.

In regard to your May 3, 2016 blog post on washing ropes: Is Oxyclean an acceptable cleaner?

We have not tested Oxyclean on lines. It is an oxidizing agent, like bleach, only more gentle. In the July 2011 issue, we reported test data for ropes that had been soaked in several concentrations of bleach for varying time periods. The conclusion was that bleach causes measurable damage to ropes and is best avoided. If more aggressive cleaning is needed, we suggest extended soaking in laundry detergent with gentle agitation.

In regard to your May 2016 blog on washing ropes: What is PSs suggestion for cleaning rope-to-wire spliced halyards?

Washing new and nearly new nylon double braid rope resulted in destroying most samples by herniation. We recommend handwashing only for wire-to-rope splices.

In the December 2011 issue, we reviewed several water-repellent cordage treatments that significantly improved the handling traits of older ropes. The treatments are more expensive than fabric softener and require an extra step, but they last longer, reduce water-weight gain, improve flexibility, and eliminate freezing. Weve been using these for years, but we have not seen proof that they significantly improve UV resistance.

Bravo for your comments in the Dec. 28, 2015 blog post, Getting a Grip on New Boat Designs. A boat in open ocean with 20-foot swells and 30 knots of wind does not need lots of open cabin space. It needs easily accessible handholds and a shallow-angle companionway ladder with minimal steps. Overly open spaces are dangerous and likely to allow crew to be tossed with little to constrain free flight. Older Crealock, Rhodes, Alberg, Perry, and Brewer designs remain appealing-not only because they are affordable, but they are inherently safer for the crew. They also have higher comfort index ratios, lower capsize numbers, and moderate D/L values. Many thanks for a rational voice.

Ketch If You Can

In response to your January 2016 editorial on ketches: We bought an older Shannon 43 cutter ketch, because after two Atlantic crossings in a sloop-slogging with a triple-reefed main and still heavy weatherhelm-I was done with it. In the cutter-ketch, Im quite comfortable to set sail in 20-plus knots with a mizzen and staysail rigged to move along nicely at 7.5 knots. All the extra rigging can be annoying and will become expensive to replace, but a ketch sails so balanced that I rarely use the autopilot. The boats easy to get underway … and shes a breeze to tame in a blow. For ocean cruising, a ketch just makes sense.

The Coastal Marine Wi-Fi Boosters transceiver has a maximum output of 600 milliwatts. Other information appeared in the June 2016 article.

Where Credit is Due
Riprap & Product Updates